These meeting were officially opened with a formal opening reception on July 26th, 2017, in the Savannah Room of the Pegasus Hotel Guyana and remarks were delivered by the Honourable Basil Williams, MP., Attorney General of Guyana and Ms. Jan Sheltinga, Counsellor, Development Cooperation, High Commission of Canada delivered remarks on behalf of the His Excellency Pierre Giroux, High Commissioner of Canada to Guyana and Suriname. Professor Velma Newton, Regional Project Director of the IMPACT Justice Project chaired the opening ceremony and also gave a report on the progress of the IMPACT Justice Project. 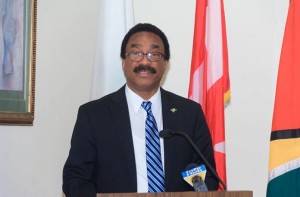 Members of both Committees, as well as representatives from the CARICOM Secretariat, the University of Guyana and others attended the opening.