Legislation Regarding Seizing Assets Gained from Corruption Discussed in Belize

BELIZE CITY – The Government of Canada funded Improved Access to Justice in the Caribbean (IMPACT Justice) Project and the Regional Security System (RSS) facilitated a ‘Meeting to Discuss Civil Asset Recovery Legislation in Belize’ on 18-19 March 2019 at the Radisson Fort George Hotel in Belize City.

The meeting brought together local Belizean officials from the Attorney General’s Ministry and regional experts from Antigua and Barbuda, Guyana, and Trinidad and Tobago. The meeting was chaired by Regional Project Director of the IMPACT Justice Project, Professor Velma Newton and the feature address at the opening of the two-day gathering was delivered by Deputy Director of Canada’s Caribbean Regional Programme, Mr. Walter Bernyck. Mr. Grenville Williams, Director of the Asset Recovery Unit of the RSS, provided participants with an understanding of the civil recovery movement in the region and internationally.

IMPACT Justice facilitated the meeting following a request from the Government of Belize for assistance in drafting a Civil Asset Recovery Bill and regulations. The meeting occurred at a time when similar legislation has been enacted in Guyana, and is being considered in Barbados and Trinidad and Tobago.

Passing and implementing this type of legislation gives effect to the United Nations Convention against Corruption (UNCAC), which the Government of Belize ratified on 12 December 2016. Other countries in the region which have ratified UNCAC include: Antigua and Barbuda, The Bahamas, Dominica, Grenada, Guyana, Haiti, Jamaica, Saint Lucia, and Trinidad and Tobago. 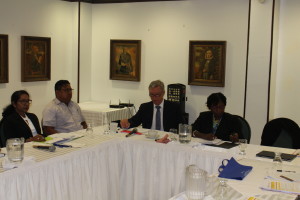 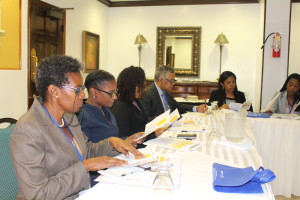 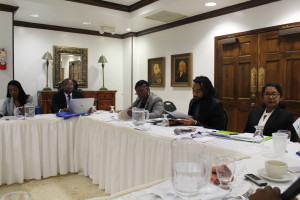